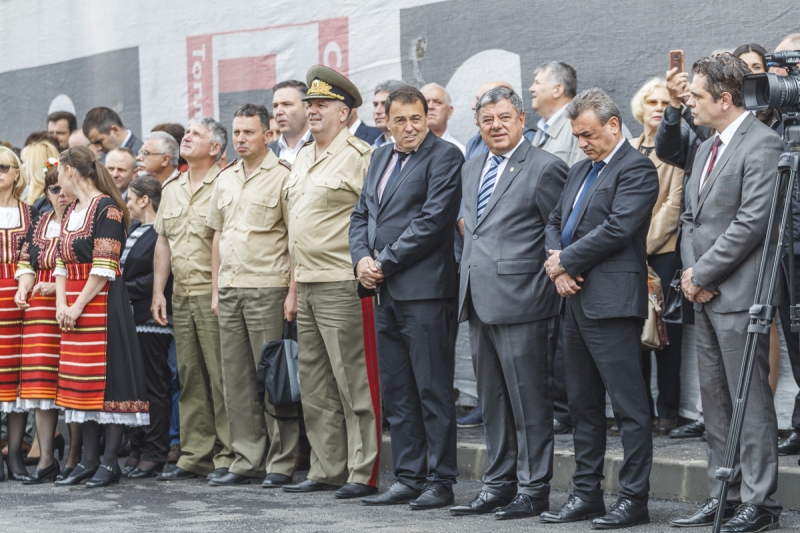 SAMARM was officially opened – a new technological line for the production and equipment of armored combat vehicles, as well as their parts.

SAMARM is a joint project of the Bulgarian company Samel-90 AD, which is one of the leading world leaders in the specialized production of radio jammers, both for military purposes and for protection against improvised explosive devices, and INTERNATIONAL ARMORED GROUP, an international company – leader in the introduction of specialized armored combat vehicles and vehicles.

The new workshop was officially opened on May 22, on the territory of the Samel-90 company, in the presence of the Bulgarian management elite, Deputy Minister of Defense Anatoly Velichkov, Luchezar Borisov – Deputy Minister of Economy, Advisor to the Prime Minister on Defense. Agno Angelov, representatives of defense and armaments institutions, defense industry companies as well as guests from home and abroad.

Only chassis and car engines will be delivered from outside. The new workshop will produce armored cabs with an adequate level of protection, after which they will be mounted on the chassis.

In addition, the company will be installing various equipment for communications, radio-electronic warfare, electro-optical instruments, different weapons and other specialized equipment. Armored vehicles specially designed as communication points, mobile fire control systems, ambulances and more will also be offered. According to experts, armored vehicles are designed to protect crews and equipment in all risk situations and attacks with both firearms and explosives and mines.

The production in the new workshop uses modern technologies, machines and materials.

Guests of the event were able to take a closer look at the already finished products – armored and equipped vehicles. The machines that will be manufactured at SAMARM are targeted both in the internal market and in Europe and around the world. They meet the highest international standards, have been tested in international laboratories for their